There are three variations of potato seeds. Make sure you plant the potato seeds at the right time.

Where to plant seed potatoes?

It is best to plant seed potatoes after the chance of hard frost has passed, but while you are still experiencing light frosts.

How to plant seed potatoes?

Dig a trench to a depth of about 10 cm (4″)and place the seed potatoes into the soil with the rose end pointing up. Fill the trench with soil to cover the potatoes and, if required, scatter potato fertiliser along the top of the trench.

When to harvest seed potatoes?

Most potato seeds can be harvested approximately after 10-20 weeks from planting, depending on the variety. First early potatoes are full-grown after 10 weeks, whilst maincrop potatoes are finished after 20 weeks.

Join the waitlist to be emailed when this product becomes available

Need some advice? Request a call back below! 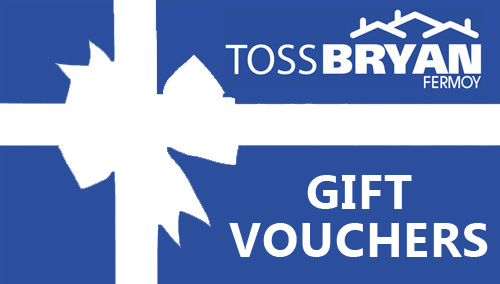 Page load link
Toss Bryan Limited uses strictly necessary cookies and similar technologies to operate this website and to provide you with a more personalised user experience. In addition to strictly necessary cookies, Toss Bryan Limited uses optional cookies to enhance and personalise your experience, conduct analytics such as count visits and traffic sources, provide advertisements and interact with third parties. By clicking 'Accept All' you agree to the placement of optional cookies on your device. You can decline or manage these cookies at any time by clicking on the 'Reject All' or 'Cookie settings' link. Depending on your selected cookie preferences, the full functionality or personalised user experience of this website may not be available.

This website uses cookies to improve your experience while you navigate through the website. Out of these cookies, the cookies that are categorized as necessary are stored on your browser as they are essential for the working of basic functionalities of the website. We also use third-party cookies that help us analyze and understand how you use this website. These cookies will be stored in your browser only with your consent. You also have the option to opt-out of these cookies. But opting out of some of these cookies may have an effect on your browsing experience.
Necessary Always Enabled
Necessary cookies are absolutely essential for the website to function properly. This category only includes cookies that ensures basic functionalities and security features of the website. These cookies do not store any personal information.
Non-necessary
Any cookies that may not be particularly necessary for the website to function and is used specifically to collect user personal data via analytics, ads, other embedded contents are termed as non-necessary cookies.
SAVE & ACCEPT
0
0
Your Cart
Your cart is emptyReturn to Shop
Continue Shopping
[]
Go to Top